Recieving such a big boost to people wanting to share just how wrong it is to discriminate I wanted to share some personal thoughts. While the story of Ariana Miyamoto 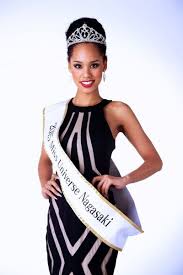 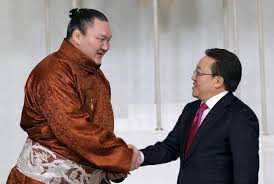 Hakuho Sho the sumo wrestler that will never be considered champion got me thinking seriously. So why am I repeating myself, well there is a simple and solid reason for it. What I want to say is hard to talk about just as any  trauma is. I am not a stranger to racism in Japan or in the USA.

In the USA I had a math teacher who used to say that I was born in the gutter and that is as far as I will ever go. A sadistic man who clearly thought that Mexicans did not deserve a spot in the USA. To the point that he would not teach us completely in class.

And just two years ago I had attended a Japanese drinking party and if you have worked in Japan ever you will know that Japanese companies have drinking parties. I was talking with some co-workers, let me stress co-workers as they were no where near friends. Well we got into talking about my tattoos. And if anyone knows there is an old taboo in Japan about tattoos though if you search the history enough you will see that ancient Japan used to have tattoos. And the negative conotation was brought over from China and how they used tattooing.
Well we were talking about tattoos when the subject of what the perception of them were in Japan over what they actually stood for. With a heated conversation the truth came out. And if you know human psycology in the slightest you will know that acohol and anger will bring about someone’s true nature. For me it was being told that I should not become a Japanese citizen because Japanese people will never accept someone such as myself.

The shocking thing is that while I was in tears at the attempted shattering of my dream the other co-workers told me to calm down and that it was ok. Not a single one told him that the bigoted words he had used against me were wrong. So I am ashamed that in Japan people are not told that this kind of thinking is wrong. Yes in school they teach children about Martin Luther King Jr. But they do not truly see the lesson as pertinent to Japan because Japanese are not seen and do not see themselves as racist when in fact the words that are not seen as wrong are clear as racist in the USA.

I stand by my words, wrong is wrong and discrimination, bigotry, and hatred is wrong.

By Jin Okubo author of